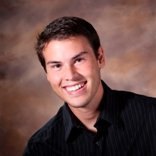 After graduating from Brazosport High School in 2005, Mr Landers chose to continue his education at the University of Houston. There, he focused his efforts in the liberal arts college with a double major in Psychology and Sociology. He is a 2010 graduate of U of H with a BA in Psychology / Sociology.

The Oak Ridge High School Color Guards have been consistent Texas Color Guard Circuit Area and State Finalists. A Winter Guard International Regional Finalist and a 2016 World Champion Finalist. Under his direction, the color guards at Oak Ridge High School have consistently been recognized by Lone Star Preview, US Bands, Bands of America, TCGC and WGI for their performances at regional and state competitions. In addition, the Oak Ridge Color Guard was the 2013 Area Champion and 2nd Runner Up for the Color Guard State Championships. Mr Landers credits the success of his ensembles to the continued support of the Booster Club and the Band Directors at ORHS.